Making the decision to declare bankruptcy usually comes after a lot soul-searching and hard decisions.  Many people may offer opinions and advice - solicited or unsolicited - about the decision and the process.  But some of that advice could not only make your situation harder but also may put your bankruptcy itself in jeopardy.  Here are five pieces of bad advice to avoid during this time.

Bankruptcy stops collection attempts, garnishments and harrassment.  If those have gotten bad enough that they are threatening your health, your job or your ability to meet basic financial needs, the time for a 'wait and see' attitude is over.

In addition, if creditors are in the process of taking legal actions like garnishing wages or bank accounts when you file for bankruptcy, some assets may be seized before you can stop them.  Getting those assets back can cost money and time.

Most retirement assets are not subject to bankruptcy, so tapping into them to try to avoid claiming bankruptcy is a bad idea.  Too many people burn through all their assets before coming to the realization that it has only delayed the inevitable rather than avoided it.

"Go Ahead and Charge it!"

Adding to your debt just before filing for bankruptcy can indicate that you used credit without intending ever to pay it back.  Creditors who loan money up to 90 days prior to your filing may be able to successfully argue that you committed fraud.  Debt taken out fraudulently can be removed from the bankruptcy filing and remain due.

In addition, keep in mind that not all petitioners are approved for a Chapter 7 bankruptcy, which clears away past debt.  Individuals with steady streams of income and assets they wish to keep may instead qualify for Chapter 11 or Chapter 13 - a payment plan instead of having the board wiped clean.  So those debts may not disappear the way you'd hoped.

"Transfer Your Assets Before Filing."

This sounds like a good idea, but is in fact a terrible one.  Transferring assets to friends or family members in the 90 days prior to filing also gives the appearance of fraud.  This could put at risk your entire bankruptcy petition.

Paying certain creditors for personal reasons just before filing is called 'preferential payment' and is also against the rules.  While Uncle Bob might be family, he has the same right to your money in a bankruptcy petition as does the impersonal corporation holding your credit card debt.  And if the court feels it necessary, they could sue Uncle Bob to get that money back.  That would make Thanksgiving dinner even more awkward.

The best place to get advice about an impending bankruptcy is from a personal bankruptcy attorney like Richard S. Ross - Bankruptcy Attorney.  He or she will help you separate fact from fiction and good ideas from potentially catastrophic ones.

Read in about 3 Minutes 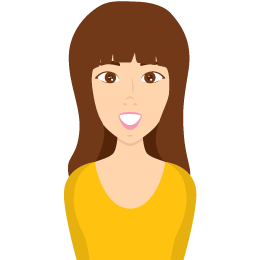 Have you fallen behind on your monthly bills? Does your phone ring non-stop because bill collectors want money that you just don't have? Having been through that situation myself, I know how frustrating and stressful life can become. I also know that I was unable to regain any financial stability until I went through the bankruptcy process. Today, I am beginning to rebuild my credit and find my way back to the life that I knew before I fell ill and lost my job. You probably have a ton of questions about bankruptcy. Fortunately, I have the answers to many of the questions you have on my site.